This is the sketch for my painting, it try to portray several recent visiting UFO objects. Their looked and positions exactly like the photos. This is my third  art works for space alien & UFOs. 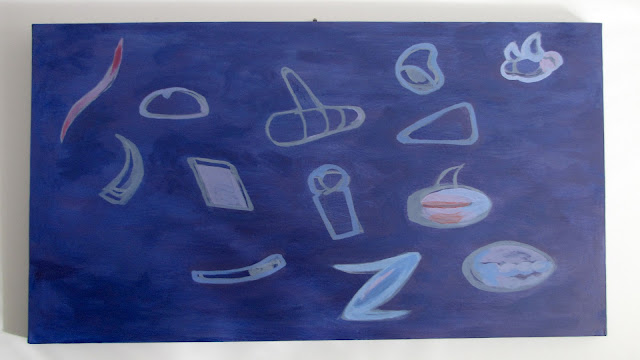